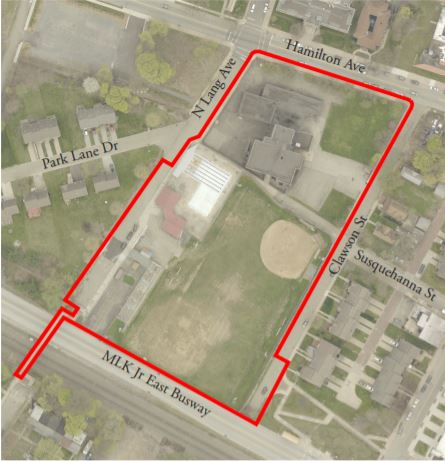 Good things are happening in Homewood. Development plans for major upgrades and improvements are underway for a major community project to completely transform Homewood Field and Park, home to Willie Stargell Field and the Homewood Pool. When complete, it will have a big impact on community youth.

WTAE reports the project, that’s been in the works for years, will completely transform the space and when it’s done, those behind it say it will have a huge impact on the youth in the Homewood community. With the help of Heinz Endowments and the City of Pittsburgh, as well as several business organizations and individuals including pro football Hall of Famer and Pittsburgh native Curtis Martin, who grew up in Homewood and helped land a financial commitment for a new sports field, Homewood Community Sports has developed a master plan to transform and expand the park.

Improvements include a new football and baseball field, relocating the pool, adding a cultural performance space and playground.

In 2015, Homewood Community Sports partnered with Heinz Endowments, Operation Better Block, Neighborhood Allies, Bridging the Gap Development and The Mission Continues to launch a grassroots study of field improvements at Willie Stargell Field. The study identified some challenges the site currently faces, including that the field serves as both a football and baseball field, though it is inadequately sized for both. Review the materials presented at the most recent April 17th Community Event to learn more about project plans.

Developers are currently seeking feedback from the community on their project plans. Derrick Tillman, President & CEO of Bridging the Gap, and consultant on the project explains the Homewood Field and Park improvement plan is not merely for upgrades. “Instead of us just redoing a field, how about we really reimagine this entire space and make it something that rivals any other city, state or park in the nation,” comments Tillman.

Bridging the Gap is committed to Pittsburgh community development projects to help rebuild, sustain and build upon great things already happening in the neighborhoods we serve. Our team of thought leaders forge ahead to create new opportunities for community development to build a lasting and inclusive future that better serves all communities. Neighborhoods need central anchors to serve as a catalyst for change and progress. We are here to nurture the soul of the community and partner with community stakeholders to create positive change and help bridge generational gaps.