Menu
Back to Market Rate

Bridging the Gap is committed to Pittsburgh’s historic Manchester 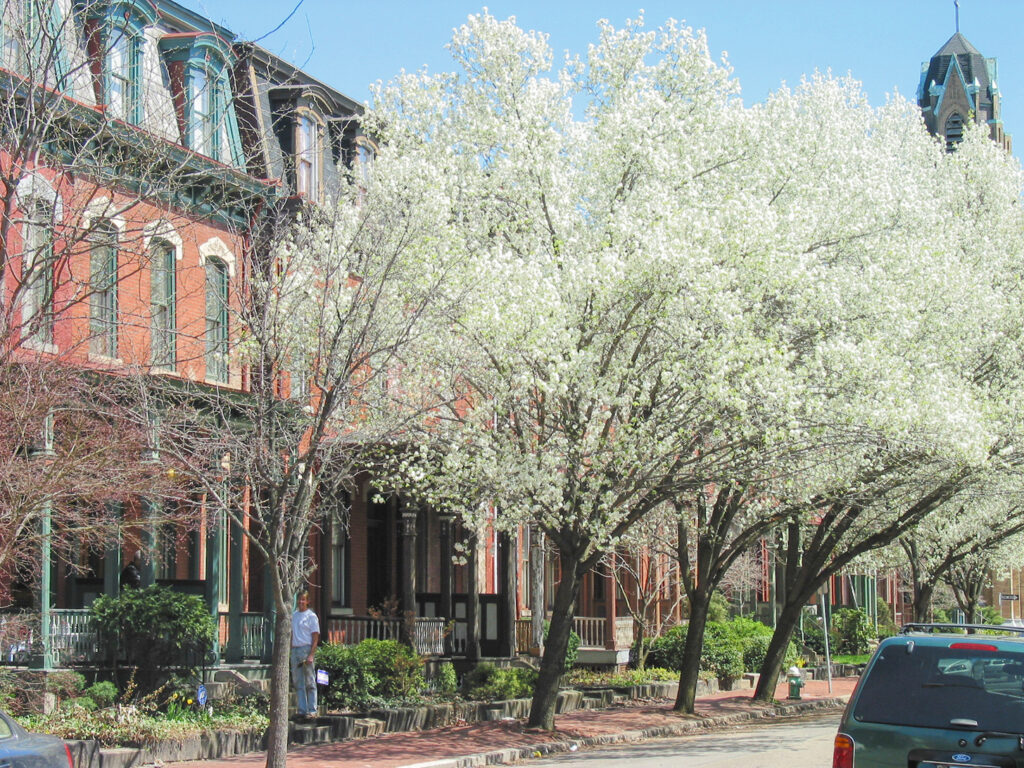 The Manchester Historic District, built from about 1860 to 1900, is virtually a catalog of mid to late Victorian eclectic architectural styles and is appropriately listed on the National Register of Historic Places. The charming red brick sidewalks and tree lined streets accent the homes that show architectural variety in style, form, ornateness, and sophistication. Bridging The Gap is proud to be part of this revitalization and local progress. As developers committed to social justice, preserving the past and building a bright future, we are adding distinct value to Pittsburgh’s diverse neighborhoods.

The 1200, 1300 and 1400 blocks of Sheffield Street display the overall character and individual variety that comprises the district. The houses have mansard roofs with cast iron cresting, brick and Richardsonian rock-faced lintels and sills, porches of ornately turned woodwork, some with turrets to one side, elaborate stained-glass transoms, and oval gable windows. Some houses have elaborate Classical cornices modeled in burnt brick. Others have ornate, low-relief designs of the Eastlake and Queen Anne styles on numerous gables and pediments above porches.

Interspersed throughout Manchester are numerous corner buildings with Victorian shopfronts dating from the 1870s. The Italianate structure retains a bracketed roof and portal cornices and is located at 1339 Sheffield Street. The name “Manchester” appears to be derived from the English immigrants who first settled the area. It makes sense that the Southside was named after Birmingham, the English industrial city, and was located across the Monongahela River. Manchester was laid out in 1832 and merged with Allegheny City in 1867 because of common industrial and commercial interests. In 1908, Allegheny City became part of the City of Pittsburgh.

During the second half of the nineteenth century, numerous industries and commercial concerns developed in and around the Manchester area. These included: the Hall and Speer Plow Works; the Phelps, Carr, and Company coach and sleigh factory; Howard’s Paper Mill, Pittsburgh Locomotive and Car Works; LaBelle Steel; Star Iron Works; the Hutchinson Oil Works; and many others. By the late 1870s, the Manchester Docks were also the scene of much activity. This area is now Châteaux and sits across the highway.  With the mills and factories employing thousands, the area comprising Manchester Historic District became a primarily residential area which served the industrial and commercial concerns. A concentration of nineteenth century individual, semi-detached, and row housing developed here in this relatively flat area which permitted the Classical urban, gridiron street pattern. Interspersed throughout the district are larger Victorian mansions which served as the homes of a more wealthy group.

Around the turn of the century, the area began to decline, a process which continued into the 1960s, accelerated by the building of the highway that essentially choked Manchester, cutting it off from the river and leading to the many years of steady decline.  Dating back to the 1960’s, community leaders, preservationists, and planners armed themselves with a neighborhood improvement program developed by the Urban Redevelopment Authority of Pittsburgh in conjunction with the Pittsburgh History & Landmarks Foundation, the Manchester Neighborhood Council, and other public agencies. This action has successfully revitalized the area and kept careful watch over demolition and decay.

The 2009 Manchester Community Development Report targeted this Sheffield property that Bridging the Gap is restoring as it then was then slated for demolition. Here is the description of the Sheffield Street property from the report— This is a very substantial and handsome duplex structure that is on the lower end of the 1400 block of Sheffield and can serve as a buffer from Château Street once it is restored and occupied. There is enough square footage for multiple units in each address. It is on the city’s condemned list, selected by the community to preserve. Bridging the Gap is saving this property and leading the way for more black owned businesses to be at the table in urban renewal.

The Manchester Historic District is significant not only because it retains much of its Victorian architecture but also because it represents an important period in the growth and development of the City of Pittsburgh. Urban renewal efforts have taken these factors into account and serves as an example of historic preservation in the urban residential neighborhood. Bridging The Gap is committed to progress.